The Commander-in-Chief of the Islamic Revolution Guards Crops (IRGC) Major General Hossein Salami said the enemy has targeted Iran’s security because it is angered by the country’s progress.

Speaking at an event in the southern city of Shiraz, Fars Province, on Thursday, the IRGC chief said the enemies and the Global Arrogance continue their animosity against the Islamic Republic of Iran.

General Salami said the main reason for their animosity is their displeasure with Iran’s advancement.

“They cannot tolerate the progress of the Islamic Iran in the world that’s why they seek to sow division in the hearts of our youths,” he underscored.

He attached great importance to preserving security as the main basis for people’s welfare and peace, saying that because of the importance of security in the country, the enemies have targeted it.

“We believe that security should accompany progress, welfare and peace and we work towards that goal (maintaining security).” 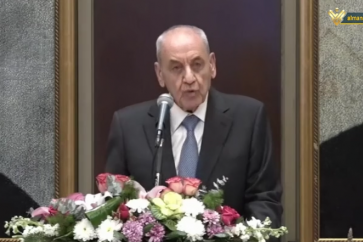