Pakistani opposition party Tehreek-e-Insaf (PTI) will hold a nationwide protest rally later on Friday, a day after the assassination attempt on its leader, former Prime Minister Imran Khan, one of the party leaders said.

On Thursday, an unknown person opened fire at the opposition march near the city of Wazirabad in the province of Punjab. The shooter said that he was acting on his own.

Khan, who led the march, was shot in the legs and several others were injured. One Tehreek-e-Insaf party worker was killed in the shooting, Pakistan’s newspaper reported. The shooter was detained by authorities, the report said.

According to doctors, the bullet grazed Imran Khan’s right leg and the bone of the left leg. The administration also said that Khan had been brought to the hospital unconscious with as many as 16 marks of injuries on his legs.

The failed assassination attempt was condemned by current Pakistani Prime Minister Shehbaz Sharif and President Arif Alvi. Sharif said the Punjab provincial government would be provided with assistance in their investigation of the attack.

The PTI protest march, to demand an early general election, kicked off in the city of Lahore on October 28. The demonstrators intend to reach the capital city, Islamabad, by November 11.

The previous protest march took place on May 25, when thousands of Khan’s supporters reached Islamabad. During the march, clashes in which dozens of people were injured broke out between the protesters and the police. Following the clashes, PTI decided to stop the protest to avoid bloodshed. 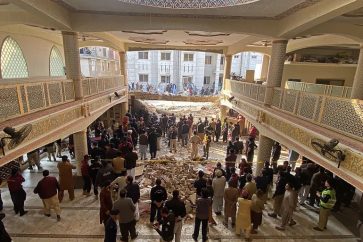 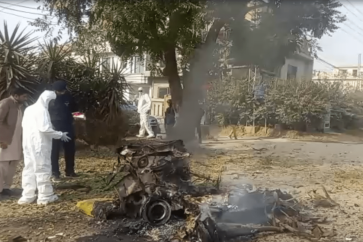