Iran’s Foreign Minister Hossein Amir-Abdollahian has denounced the Biden administration’s policy of accusations and sanctions, saying it will not be able to impose its will on the Islamic Republic through such tactics.

“@POTUS cannot impose US’ one-sided views through accusation & sanction. Diplomacy is not a one-way street,” he added.

US President Joe Biden claimed in an opinion piece published Saturday by The Washington Post that Iran had been diplomatically isolated during his 18 months in office.

“With respect to Iran, we reunited with allies and partners in Europe and around the world to reverse our isolation; now it is Iran that is isolated until it returns to the nuclear deal my predecessor abandoned with no plan for what might replace it,” he said.

Biden also boasted over a US-led vote against Iran at the International Atomic Energy Agency’s Board of Governors on June 8.

“My administration will continue to increase diplomatic and economic pressure until Iran is ready to return to compliance with the 2015 nuclear deal, as I remain prepared to do so,” he wrote.

Last week, the US government imposed new sanctions on individuals and entities which it has accused of helping to deliver and sell Iranian petroleum and petrochemical products to East Asia.

The measures were yet another testimony to the Biden administration’s refusal to break with its predecessor’s failed policy of “maximum pressure” campaign, despite claiming interest in diplomacy and undoing past wrongs.

Iran’s petrochemical industry and its products have long been under sanctions, but their sales have continued through various channels and shall continue to do so, according to senior officials. Iran’s oil prices shot up earlier this year, despite being under US sanctions.

Biden’s claims about Iran’s isolation do not reflect reality either. Tehran has been a frequent host of heads of states and top diplomatic delegations in recent weeks. President Ebrahim Raeisi, meanwhile, has visited several countries since coming to office in August, including Russia, Turkmenistan, Tajikistan, Oman, and Qatar.

On Monday, Foreign Minister Amir-Abdollahian was in Rome where he discussed expansion of relations with Italian officials including his Italian counterpart, Luigi Di Maio. 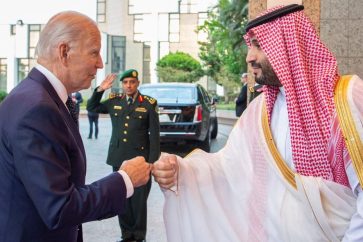 Biden Slams Zelensky’s Denial of Missiles, ‘That is Not the Evidence’ 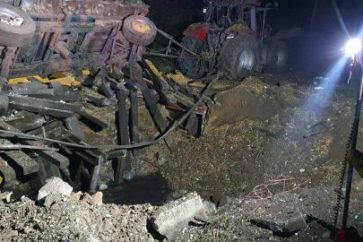 Missile that Fell in Poland Launched by Ukrainian Troops