Warning against the enemy’s policy to disable the process of domestic production in Iran with various schemes such as the imposition of sanctions, Leader of the Islamic Revolution Imam Sayyed Ali Khamenei praised workers for foiling that plot.

A group of Iranian workers met with Ayatollah Khamenei at the Imam Khomeini Hussainiyyah of Tehran on Sunday.

In the gathering, the Leader praised the local workers for their great motivation in various fields after the victory of the Islamic Revolution, such as in the military, economic and political arenas.

Denouncing the global arrogance for its plots in the economic sphere to cripple the production in Iran, Ayatollah Khamenei said such hostile policy has become clearer in the past 15 years.

The whole sanctions against Iran have been imposed with the purpose of knocking out production in the country, the Leader noted, adding that the workers served in the front line and stymied the enemy’s plot. 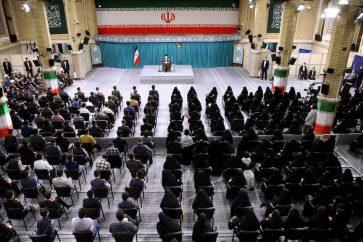 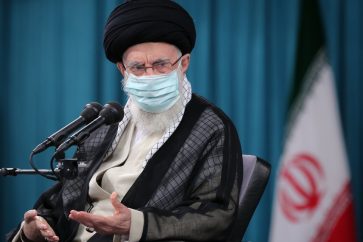 Leader: Perpetrators of Shiraz Terror Attack Will Surely Be Punished 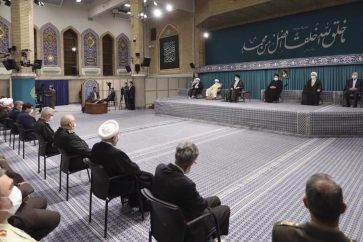