Syrian army units have been working on Sunday to secure the town of Daraya following the terrorists’ evacuation on Saturday.

Al-Manar correspondent in Damascus reported  that the Syrian army engineering units dismantled the explosives and mines left by the terrorists in order to pave the way for the residents to return to Daraya.

The town was fully evacuated of  weapons and terrorists on Saturday following a deal between the Takfiri insurgents and the Syrian government.

Following the evacuation on Saturday, Governor of Damascus Countryside Alaa Ibrahim toured some neighborhoods in Daraya city and inspected the situation there, telling the reporters that engineering teams will be sent to the city to set up plans for reconstruction there, SANA news agency reported.

The governor noted that the evacuated families were being located to a makeshift center in al-Hirjalleh village in al-Kiswa area to the south of Damascus, according to SANA. 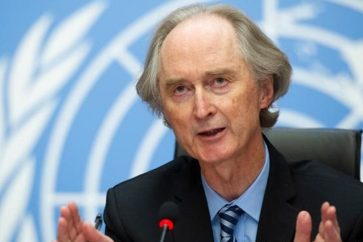