Sayyed Nasrallah and Amir Abdollahian tackled the latest developments in Lebanon and the region, Hezbollah Media Relation Office announced Friday in a statement.

Iranian Ambassador to Beirut Mohammad Jalal Firooznia also attended the meeting, according to the statement.

During the meeting, Amir Abdollahian stressed Iran’s “unwavering support to Lebanon on all fields,” the statement said.

Sayyed Nasrallah for his part, thanked the top Iranian diplomat over the Islamic Republic’s stances throughout the last decades.

“The Islamic Republic proved that it is the sincere and loyal ally who doesn’t abandon its friends despite the hard conditions,” Hezbollah Media Relation Office quoted Sayyed Nasrallah as saying.

Meanwhile, the Hezbollah S.G. voiced hope that Lebanon “will overcome the current adversity, thanks to cooperation of all sides.”

The statement didn’t mention the time of the meeting. However, it is likely that the meeting took place late Thursday. 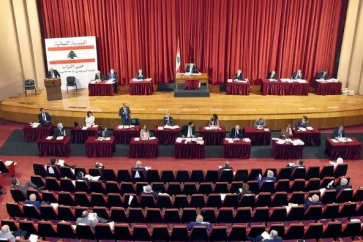