NATO Secretary-General Jens Stoltenberg has pushed back against criticism that European allies were not duly consulted ahead of the abrupt US withdrawal from Afghanistan, which has been slammed by critics as nothing short of a “mistake of historic magnitude”.

NATO gave its unanimous approval for the withdrawal as far back as April, said Stoltenberg in a wide-ranging interview at the alliance’s headquarters on Thursday, cited by The New York Times.

“You see different voices in Europe, and some are talking about the lack of consultation, but I was present in those meetings. Of course the United States consulted with European allies, but at the end of the day, every nation has to make their own decision on deploying forces,” said Stoltenberg.

In February 2020 then-President Donald Trump had signed a bilateral deal with the Taliban* in Doha, Qatar, that committed the US to withdraw troops from Afghanistan by May 2021. The deal had obliged the Taliban group to take steps to prevent groups including Al-Qaeda from threatening the security of the US and its allies.

“The problem was that the Taliban did not want to negotiate if the government in Kabul was part of those negotiations… We were all aware that this was a difficult decision and we were faced with a difficult dilemma,” said Stoltenberg.

He added that the options at the time were, “threaten to leave and risk the Taliban returning, or to stay, but then with more fighting and more casualties.” Perhaps the speed with which the Taliban would topple the Western-backed government was not anticipated, but everyone understood the risks of pullout, according to Stoltenberg.

The NATO chief defended Biden’s decision on a rapid withdrawal and the ensuing chaotic evacuation from Kabul after Taliban had seized the capital on August 15. According to the NATO secretary-general, the blame for the lightening-swift deterioration of the situation in the South Asian country lay with the Afghan government. 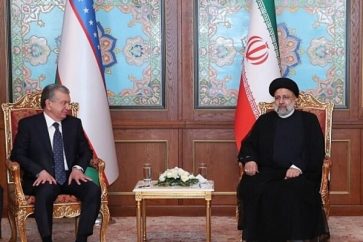 Raisi: Iran to Back Formation of Inclusive Govt. in Afghanistan

US Cause of Instability in Afghanistan: Iran’s FM