A syndicate of port workers in the Italian city of Livorno in Tuscany on Friday protested a weapons and explosives shipment after discovering it was destined for the Israeli port of Ashdod.

“The port of Livorno will not be an accomplice in the massacre of the Palestinian people,” said L’Unione Sindacale di Base (USB).

The USB added that the ship contained “weapons and explosives that will serve to kill the Palestinian population, already hit by a severe attack this very night, which caused hundreds of civilian victims, including many children”.

A report by The Weapon Watch, a Genoa-based NGO that monitors arms shipments in European and Mediterranean ports, informed the syndicate of the destination of the ship and its contents.

The NGO urged the Italian government to consider whether it was “suspending some or all Italian military exports to the Israeli-Palestinian conflict areas.”

“The Union on Saturday will also be in the square in Livorno in solidarity with the Palestinian population and to ask for an immediate stop to the bombings on Gaza and a stop to the ‘expropriations’ Palestinian homes that have lived under military occupation for years,” the USB said in a statement.

Although the shipment eventually embarked its journey to Naples, as most other port workers continued to load the ship, other Italian workers’ groups have called for increased coordination between port workers to prevent shipment of weapons that could be used to bomb Gaza. 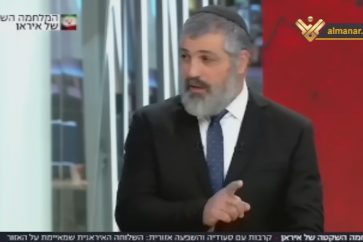