Yemen’s rich cultural and historical heritage has been exposed to increasing risks with the ongoing strikes by Saudi-led coalition which has been since March 2015 launching a military campaign against the Arab impoverished country.

The Gulf Institute for Democracy and Human Rights (GIDHR) issued on Wednesday a detailed report that documents with dates attacks by the Saudi-led coalition targeting cultural, touristic and historical sites across Yemen since the aggression started in March 25, 2015.

Dozens of strikes have partially or totally destructed sites across the Old City of Sanaa, the historic city of Zabid, Marib Dam, the Kawkaban Fortress, the Dhamar Museum, the city of Shibam Hadraout, Al-Hadi Mosque in Saada, the Cairo Citadel in Taiz, Al-Sennarah Citadel in Saada, according to the 30-page report entitled: “War Crimes in Yemen: Targeting Cultural and Historical Objects”.

Australia-based GIDHR has found that the wide-spread destruction that affected Yemeni cultural property is a clear violation of the protection provided by the laws of war in relation to cultural objects as they are considered by the coalition as military targets.

The institute has further found that archaeological sites have not been protected in accordance with the standards of international humanitarian law and this has led to the destruction of many cultural properties.

The data in the report has been carried out through investigative field research conducted by the GIDHR’s representative in Yemen, in addition to probing and analyzing human rights reports released by international and local organizations that monitor a number of military attacks, which target archaeological and historical sites in Yemen.

The GIDHR urged all parties to the conflict to “take all necessary measures and actions to spare cultural properties any damage or destruction and to immediately cease all hostilities from within or near the archaeological sites and monuments.”

It called for “a transparent and impartial investigations into allegations of serious violations of the laws of war, including incidents of attacks on objects and cultural property, publicize these investigations and hold those responsible to accountable.”

Furthermore, the GIDHR called for Stopping the sale of weapons to the Kingdom of Saudi Arabia and its allied states, in order to ensure that such weapons can’t be used in attacks on cultural sites.

Commenting on the report, GIDHR Chairman Yahya Al-Hadid said that 80 percent of Yemen cultural sites have been subjected to partial or total destruction, noting that in addition to destruction these sites need periodic repair, something which could not be happen due to the blockade imposed by Riyadh and its allies.

“Many of archeological pieces were looted or smuggled especially through Saudi Arabia and UAE which have been trying hard to destroy Yemen and its civilization,” Al-Hadid said.

Talking about smuggling Jewish manuscripts, GIDHR’s Fatima Yazbeck, who heads the committee on reports and studies in the institute, told Al-Manar that the UAE has been involved in stealing several pieces.

On the other hand, she talked about the GIDHR’s role in pressing the Australian government to stop selling arms to Saudi and UAE as well as creating public opinion on the Saudi-led aggression on Yemen. 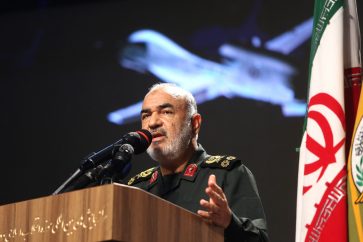