The US Navy says one of its guided-missile destroyers has sailed through the strategic Taiwan Strait, a provocative move likely to anger China.

In a statement posted on its Facebook page on Thursday, the US Pacific Fleet said that USS McCampbell (DDG 85) had “transited the Taiwan Strait on Wednesday,” showing images of the “forward-deployed US 7th Fleet guided-missile destroyer” on the way.

Taiwan’s defense ministry also said in a statement that the American military vessel had sailed south on what it described as an “ordinary mission,” adding that it was continuing in that direction.

There was no immediate comment from China, but it is expected to object.

Taipei views such US military measures as a sign of support amid its tensions with China.

Beijing has sovereignty over self-ruled Taiwan, and under the “One China” policy, almost all world countries recognize that sovereignty.

The US, too, recognizes Chinese sovereignty over the island but has long courted Taipei in an attempt to counter Beijing. Taiwan is one of a number of sticking points in the US-China relationship.

The administration of US President Donald Trump in particular has been cozying up to Taiwan amid tensions with Beijing over trade and other issues, including recent tensions over the COVID-19 pandemic.

Washington has no formal diplomatic relations with Taipei by law, but remains the island’s largest weapons supplier and an international backer of Taiwanese president Tsai Ing-wen. According to the Pentagon, Washington has sold Taiwan more than 15 billion dollars in weaponry since 2010.

The latest move by the US Navy came just a week before Tsai’s inauguration for a second and final term as president of the self-ruled island.

Washington and Beijing have boosted their military activities near Taiwan in the past few months, with the US sailing regularly through the sensitive Taiwan Strait, and China conducting air force drills in the vicinity of the island. 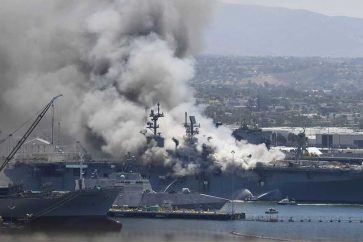 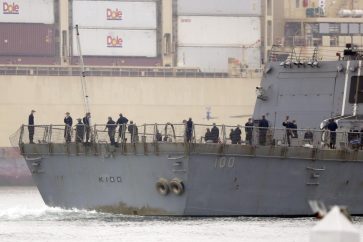 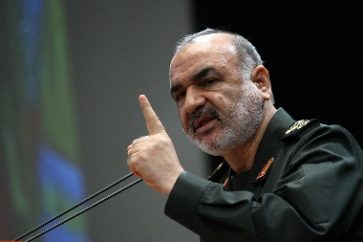 Iran Naval Forces Have Orders to Target US Vessels if Harassed: IRGC Chief