Hezbollah Secretary General Sayyed Hasan Nasrallah said that wildfires that swept across Lebanon in the last two days were a chance for the government to deal with lapses facing the country.

In an Ashura ceremony on Tuesday evening, Sayyed Nasrallah called on Lebanese political powers to act responsibly with the latest developments.

His eminence hailed as moral and national the stance of Lebanese people who voiced solidarity with those who were affected by the fires.

“We thank Allah first for bestowing his mercy upon his slaves and saving us,” Sayyed Nasrallah said, referring to rains that played major role in subsiding the fires.

“Second, thanks to the Lebanese people who reflected true unity and sense of national spirit by fighting this disaster side by side,” Hezbollah S.G. added.

Sayyed Nasrallah was talking about the national bond the Lebanese people have shown by offering different kinds of aids including residences to people who were affected by the fires.

Civil Defense teams – including those belonging to Hezbollah, Palestinians refugees and other areas across Lebanon- were also involved in efforts to fight fires and rescue trapped people, in an image that represented national and humanitarian unity.

On the other hand, Sayyed Nasrallah in his speech, warned against sectarian rhetoric while dealing with the issue of wildfires.

Lebanon witnessed on Monday and Tuesday massive fires that raged in several mountainous areas, inflicting huge losses upon the country’s forests as well as people’s properties since homes in regions of Meshref and Debbieh were gutted by the huge fires.

Sayyed Nasrallah was addressing people at Sayyed Shuhadaa Complex in Beirut’s southern suburb (Dahiyeh). His speech was during a weekly ceremony held by Hezbollah in Muharram and Safar months in the Hijri calendar. 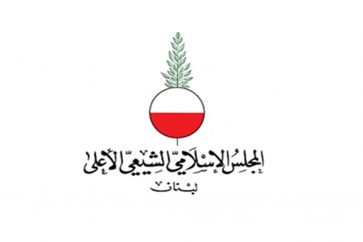