Former US Defense Secretary James Mattis declined to carry out orders from President Donald Trump or otherwise limited his options in various attempts to prevent tensions with North Korea, Iran and Syria from escalating, a report said.

“We prevented a lot of bad things from happening.”

In 2017, following a series of North Korean ballistic missile tests, Trump ordered the Pentagon to begin removing the spouses and children of military personnel from South Korea, where the US military has a base. An administration official told the magazine that “Mattis just ignored” the order.

In another instance in the fall of 2017, as White House officials were planning a private meeting at Camp David to develop military options for a possible conflict with North Korea, Mattis stopped the gathering from happening. He ignored a request from then-national security adviser H.R. McMaster to send officers and planners, according to a former senior administration official.

The accounts, included in a profile of national security adviser John Bolton, reveal that the former Marine Corps general routinely sought to downplay any potential conflicts across the globe.

Mattis resigned from his Pentagon position last December, one day after Trump announced that he would withdraw troops from Syria, a decision Mattis opposed. 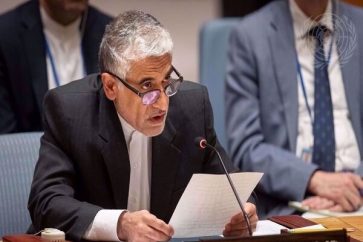