Russian President Vladimir Putin on Wednesday suggested Russia and Japan sign a peace deal “without any preconditions” by the end of the year to try to solve a long-running territorial dispute.

Putin’s historic proposal came just two days after he said that the two countries’ territorial dispute was unlikely to be settled soon.

“We have been trying to solve the territorial dispute for 70 years. We’ve been holding talks for 70 years,” Putin said at an economic forum in the far eastern city of Vladivostok attended by Japanese Prime Minister Shinzo Abe and China’s Xi Jinping.

“Shinzo said: ‘let’s change our approaches.’ Let’s! Let’s conclude a peace agreement, not now but by year’s end without any preconditions,” Putin said, with the audience breaking into applause. Putin said the conclusion of such an agreement would allow the two countries to “continue to solve all outstanding issues like friends.” “It seems to me that this would facilitate the solution of all problems which we have not been able to solve during the past 70 years.”

The Japanese prime minister for his part said the two countries “have a duty to future generations.” “Let us walk together mindful of the questions ‘If we don’t do it now, then when?’ And ‘if we don’t do it, then who will?'” Abe said. “We are both fully aware that it will not be easy.” 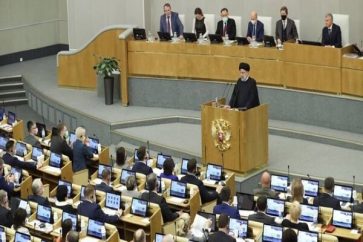