Syrian Army repelled on Wednesday a string of ISIL attacks on several towns in Suweida northeastern countryside, as the terrorists carried out suicide bombing in the area, killing and injuring dozens of people.

Dozens of Syrians were martyred and injured in a suicide bombing in Suweida city, when suicide bomber blew himself up in the area of al-Souq.

The agency said that “the competent authorities hunted down two terrorist suicide bombers and killed them before they were able to blew themselves up.”

“Later, the competent authorities killed one of ISIL terrorists in the area of al-Maslakh in the city,” SANA reported.

On the other hand, and in parallel with the terrorist suicide bombing, ISI; terrorists launched terrorist attacks on the villages of al-Matouneh to the north of Suweida city, Douma, Tima and al-Shabaki in the northeastern countryside of the province, according to the Syrian agency.

“Army units, backed with locals in Shabaki, cordoned the terrorists and managed to killed four of them in the town,” SANA reporter said.

The agency reported that the simultaneous terrorist attacks in Suweida city and its northeastern countryside “aim at alleviating the military pressure by the Syrian Arab Army on the remnants of ISIL terrorist organization which is facing its inevitable end in Daraa western countryside.”

The attacks also come in completion of the Israeli enemy’s attempts to hinder the process of eliminating ISIL terrorist organization in the southern region.

Ex-US Officer to Al-Manar: My Country’s Government Stands on the Wrong Side 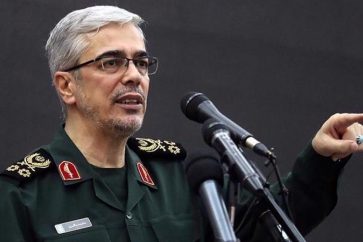