A Taliban suicide attacker blew up a bomb-laden car in Kabul during rush hour on Saturday, killing at least two civilians, as militants dial up pressure in the capital amid calls for peace talks.

Several others were wounded in the blast claimed by the Taliban that the Afghan interior ministry said had targeted global security company G4S.

It was the fourth suicide attack in Kabul in three weeks and comes days after the top US general in Afghanistan said protecting the city was “our main effort”.

It also comes as the Taliban faces growing pressure to take up Afghan President Ashraf Ghani’s offer of peace talks to end the 16-year war. So far it has given only a muted response.

Two civilians were killed and three others were wounded in the attack, Danish said. The blast happened at a time when many people would have been driving to their offices on the first day of the working week.

Deputy interior ministry spokesman Nasrat Rahimi said the bomber was heading towards G4S but “detonated himself before reaching the target”.

In a WhatsApp message sent to journalists Taliban spokesman Zabihullah Mujahid said the bomber had targeted a convoy of “foreign troops”. 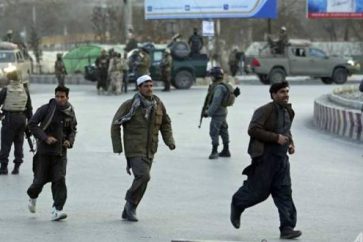 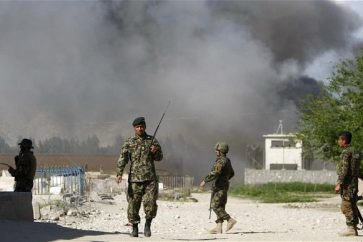