Millions of Muslims have staged passionate mourning ceremonies in commemoration of the day in history that witnessed the martyrdom of the icon of sacrifice to the faithful.

The rituals are observed in ultimate magnificence in the holy cities of Najaf and Karbala in Iraq, the latter of which hosts Imam Hussein’s holy shrine.

On Sunday, hundreds of thousands of pilgrims, traveling from India, Pakistan, Afghanistan, Iran, Azerbaijan, Lebanon and many other countries, descended on Karbala, with officials putting their numbers at 3 million.

An Iraqi TV channel said authorities had created a security belt around the holy city to protect it from possible terrorist attacks. In the past, ISIL and other Takfiri groups have targeted the pilgrims on their way to Karbala or carried out bombings inside the city.

Across Iran, millions of mourners started the processions shortly after the sunrise, lining up in coordinated and orderly bands of passion plays and recitations of elegies which continued until the afternoon.

Sunni Muslims in the Iranian provinces of Kurdistan and Sistan and Baluchestan as well as devotees of other faiths such as Armenians joined Shia mourners, distributing free food in a show of solidarity.

Ashura is also an occasion for unity when Iranians of all ethnic backgrounds, including Azerbaijanis, Arabs, Kurds, Lors, Baluchis and Turkmen, commemorate it in their local languages and dialects.

In Iran, devotees in cities, towns and villages across the country listened to elegies recounting the indescribably tragic events in the Battle of Karbala during which Imam Hussein and some members of his family and his companions were brutally massacred.

More than 5,000 people marched through the center of Sydney, slapping their chests in a sign of grief. A procession of mourners marched down Wilmslow road in Rusholme, south Manchester, joining other devotees across the world to mark the occasion.

The Battle of Karbala between a small group of supporters and relatives of Imam Hussein and a larger military detachment from the forces of the Umayyad caliph represents the war as one between good and evil. 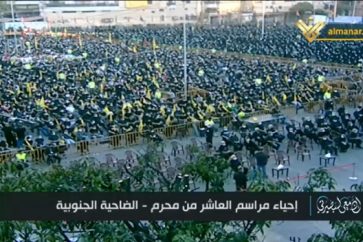 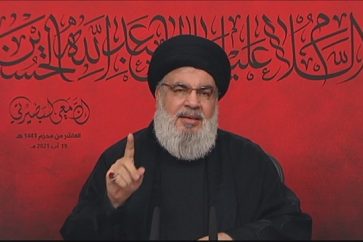 Sayyed Nasrallah to US, ‘Israel’: Fuel Ship Bound from Iran is a Lebanese Territory