Muslims across world are commemorating Eid al-Adha (Feast of Sacriifce) on Monday, which marks the culmination of the annual Hajj pilgrimage, in a number of countries.

Muslims flock to Mosques across the world to perform Eid prayers, marking the auspicious occasion, which is one of the most significant festivals on the Muslim calendar.

Eid al-Adha, which is considered a solemn holiday, falls on the 10th day of Dhu al-Hijjah on the Muslim lunar calendar and lasts four days.

Muslims traditionally celebrate Eid al-Adha with the sacrifice of sheep, cattle, camels and other livestock.

The act commemorates Prophet Ibrahim or Abraham (PBUH)’s submission to divine order to sacrifice his son, Ismail (PBUH). Just before sacrificing his son, God provided Prophet Abraham with a ram to sacrifice instead after he successfully passed the divine test.

The major rituals of the Hajj are performed during a five-day period from the 8th through the 12th of Dhu al-Hijjah on the Muslim lunar calendar.

In Lebanon, the army increased security on Sunday.

In Iran, a mass prayer was held in the capital city of Tehran. Ayatollah Sayyed Ahmad led the Eid al-Adha prayers, with people from various walks of life in attendance.

In Syria, a Russian-US brokered ceasefire is due to start at sundown, with people across the country are hoping a peaceful Eid.

Earlier on Sunday, About 1.5 million Muslims from across the world observed the Day of Arafat, an occasion for repentance and supplication considered as the pinnacle of the annual Hajj pilgrimage. 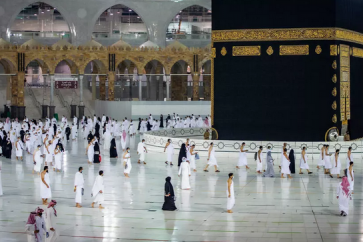 Pilgrims Stone the Devil with Sanitized Pebbles in Hajj Ritual 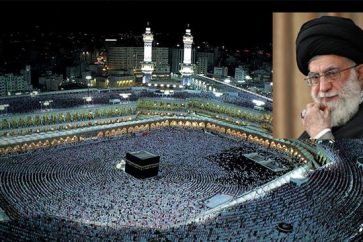