A Turbulent Year to Remember: Al-Manar’s Timeline of Major 2022 Events

2022 was another turbulent year with major events affecting the course of conflicts across the globe. The past twelve months brought the start of the Russian military operation in Ukraine, witnessed heroic confrontations by Palestinian resistance against Zionist occupation and saw the US-brokered deal aimed at demarcating Lebanon’s maritime border.

In addition to politics, 2022 could be described as a year of turmoil on all health, economic and environmental levels. As COVID entered year 3, inflation reached its highest levels in decades and heat broke new records.

It has been a year like no other. Here is a look back into its most prominent events.

Another footage from the shooting operation in Dizengoff Street in Tel Aviv which so far resulted in at least five injuries among Israeli settlers, four of them in critical condition. pic.twitter.com/AAqma5RWnn

Energean Power the only FPSO in the E-Mediterranean has transited the Suez Canal & arrived on station. The natural #gas it will produce will bring both #energysecurity & competition to the region & help drive #sustainabledevelopment https://t.co/EMPR1qVgka pic.twitter.com/x3tubhmWBh 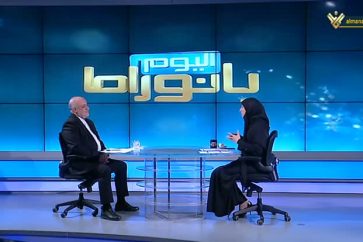