A spokesman for the Taliban claimed Thursday they controlled 90 percent of Afghanistan’s borders, following offensives carried out by the hardline Islamist group as foreign forces withdraw.

“Afghanistan’s borders with Tajikistan, Uzbekistan, Turkmenistan, and Iran, or about 90 percent of the border, are under our control,” Zabihullah Mujahid told the state-run RIA Novosti news agency, a claim that could not be independently verified.

The militants are pushing across Afghanistan, snapping up territory, seizing border crossings and encircling cities, with the withdrawal of US and NATO troops all but complete.

The resurgent militants now control about half of Afghanistan’s roughly 400 districts.

“We assure you that we will not allow ISIS to become active in the country, in areas under our control,” he said. 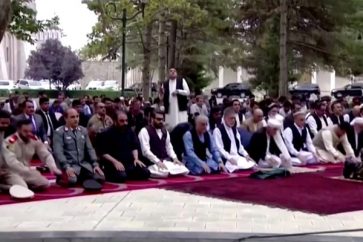 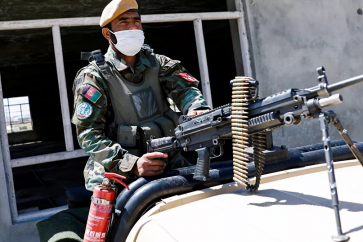