Massive floods in central China caused by record-breaking rainfall have left 12 people dead and more than 100,000 evacuated from their homes.

More than a dozen cities in Henan province, including its provincial capital Zhengzhou, are affected.

President Xi Jinping said on Wednesday the “flood prevention situation was very severe” and at a “critical stage”.

He added that the floods had already resulted in “significant loss of life and damage to property”, and instructed all departments to prioritize “the safety of people and their property”, according to state news agency Xinhua.

Henan province, home to about 94 million people, has issued its highest level of weather warning. Local authorities called the floods a “once in 100 years” event.

The rain began over the weekend, with storms intensifying on Tuesday.

By Tuesday night, Zhengzhou and other places in Henan province saw widespread flooding. There were reports online of people swept away by fast-moving floodwaters, and cars and debris drifting down submerged streets.

Several dams and reservoirs have breached warning levels, and soldiers have been mobilized to divert rivers that have burst their banks. Flights and train operations in many parts of Henan have also been suspended.

Some 700 passengers in Zhengzhou are also said to have been trapped on a train for at least 40 hours, according to local media reports. They were reportedly provided food at first but this is now said to be in low supply.

The First Affiliated Hospital of Zhengzhou Hospital also briefly lost power on Tuesday night, though this has now been restored, said a statement on Weibo by the Zhengzhou Municipal Party Committee.

It added that 600 critically ill patients had been transferred to another location.

A 20-meter (65ft) breach has emerged in the dam in Luoyang city after it was damaged by storms, officials said. Soldiers have been deployed to the area and a statement from the army warned it could “collapse at any time”. 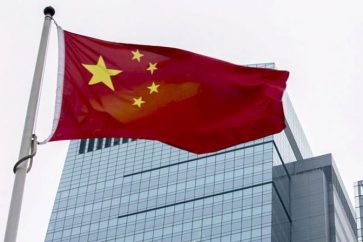 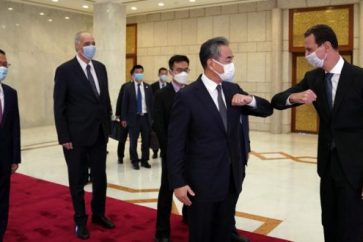