Israeli Foreign Minister Yair Lapid officially inaugurated the Zionist entity’s consulate in Dubai on Wednesday, a day after he opened the Israeli embassy in Abu Dhabi.

“What we are opening today is not only a consulate, but also the center of our cooperation,” he said, as quoted by Israeli media.

The UAE was represented at the Dubai ceremony by Emirati Minister of State for Artificial Intelligence Omar Sultan Al Olama.

The ties between the countries “will foster a more stable and secure region,” said Olama.

Earlier on Tuesday, Lapid opened Israeli embassy in Abu Dhabi, hailing the “historic moment” as a time “we chose peace over war.”

Lapid landed Tuesday in Abu Dhabi for the first official visit by an Israeli foreign minister to the Gulf state where he met with his Emirati counterpart, UAE Minister of Foreign Affairs and International Cooperation Sheikh Abdullah bin Zayed Al Nahyan. 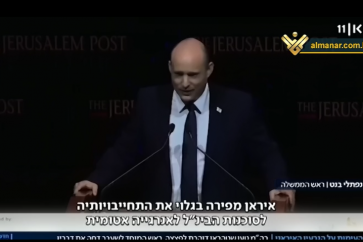