Lifting of All US Cruel Sanctions Top on Vienna Meeting’s Agenda: Iran Spokesman

Iran says the main goal of the forthcoming session between the Islamic Republic and other signatories to a landmark nuclear deal between Iran and world powers is the removal of all US sanctions in a single step.

“The agenda of this [JCPOA joint] commission meeting is the removal of all US cruel sanctions against Iran , and in other words, clarification of how parties [to the deal] should fulfill their commitments,” Iranian Foreign Ministry Spokesman Saeed Khatibzadeh said at his weekly press briefing on Monday.

“The path is clear. All US sanctions [against Iran] must be removed at once. Then [this measure] must be verified [by Tehran] and only then, the Islamic Republic will take its step [to return to its JCPOA commitments in full],” the Iranian spokesman said.

“In other words, we have only one step and not step-by-step [lifting of sanctions], and this one step includes the lifting of all sanctions imposed by the United States. In return, Iran will be ready to reverse its remedial measures, which were taken because of the opposite sides’ violation of the treaty,” Khatibzadeh said.

He added that the Tuesday meeting in Vienna is no different from previous sessions of the Joint Commission of the nuclear deal, officially known as the Joint Comprehensive Plan of Action (JCPOA), and is just a periodical meeting between Iran and the P4+1 similar to those held in the past months.

Senior officials from Iran, France, Britain, Germany, Russia and China will attend the JCPOA Joint Commission on Tuesday in what appears to be the first serious push to reinvigorate the deal since January 20, when Joe Biden was sworn in as the new president of the United States.

Biden’s predecessor, Donald Trump, adopted a policy of “maximum pressure” against Tehran after the withdrawal, escalating tensions with Iran and drawing strong criticism from the other signatories of the accord.

Iran was patient for one year. But with no palpable shift in circumstances, Tehran began a gradual process of reducing its nuclear undertakings. The decision was taken as Iran’s right under Article 36 of the JCPOA.

Answering another question about the Tuesday meeting, Khatibzadeh said the meeting is a purely technical one held to discuss the lifting of all US sanctions in one step, adding, “If we could reach an agreement with the P4+1 and they could guarantee that US would comply with its commitments, then the way forward would be open.”

‘Saudi Arabia must change destructive path it is following now’

Asked about recent remarks by Saudi Arabia’s foreign minister about the JCPOA and that Saudi Arabia should be present in the JCPOA talks, Iran’s Foreign Ministry spokesman said, “I am very sorry that Riyadh still lacks the courage to engage in talks free from the will of transregional and interventionist powers [that are present] in our region. It is a cause for regret that Riyadh is still setting its sights on out-of-the-region capitals, and this is the biggest hurdle on the way of the region for achieving a totally indigenous and intra-regional mechanism.”

Khatibzadeh said Saudi Arabia’s position on the JCPOA is clear, because Riyadh “took destructive measures [against the JCPOA] both when it was under discussion and after that.”

“Therefore, there is nothing new with what the Saudi Arabia foreign minister has said. He has only missed the point that the JCPOA has been already discussed, negotiated, signed, sealed and put on the shelf,” Iran’s Foreign Ministry spokesman said.

Khatibzadeh noted, “We recommend Saudi Arabia to join intra-regional talks and distance itself from the destructive path it is following right now. In that case, the region will certainly open its arms to Saudi Arabia.”

‘No direct Iran-US talks in Vienna or anywhere else’

Elsewhere in his interview, Khatibzadeh said the Iranian delegation to Vienna, which will be headed by deputy foreign minister for political affairs, Abbas Araqchi, will only meet with other parties to the JCPOA.

“There have been, and will not be, any direct or indirect talks with any American side in Vienna or anywhere else,” he added.

Khatibzadeh stated that during Tuesday talks, Iran will provide the P4+1 with a roadmap to delineate the path that should be taken by the United States as well as a comprehensive list of sanctions, which must be lifted. 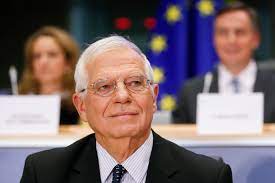