Attackers with knives killed a Tunisian National Guard officer and wounded another Sunday before three assailants were shot dead in a firefight, the security force said, labelling it a terrorist act.

The attack took place in the tourist district of the coastal city of Sousse, the site of the worst of several extremist attacks in recent years, where 38 people, most of them Britons, were killed in a 2015 beachside shooting rampage.

“A patrol of two National Guard officers was attacked with a knife in the center of Sousse,” 140 kilometers (80 miles) south of the capital Tunis, said National Guard spokesman Houcem Eddine Jebabli.

“One died as a martyr and the other was wounded and is hospitalized,” he said, adding that “this was a terrorist attack”.

The attackers had first rammed the officers of the national gendarmerie with a vehicle, said the interior ministry in a statement.

After the knife attack, security forces pursued the assailants, who had taken the officers’ guns and vehicle, through the Akouda district of the city’s tourist area of El-Kantaoui, said Jebabli.

“In a firefight three terrorists were killed,” he said, adding that security forces “managed to recover” the car and two pistols the assailants had stolen.

British ambassador to Tunisia Louise de Sousa tweeted she was “appalled to hear of the attack on a National Guard patrol in #Sousse this morning.

“My sincere condolences to the family of the murdered officer & I wish a swift recovery to the injured. #UKsupportTunisia” 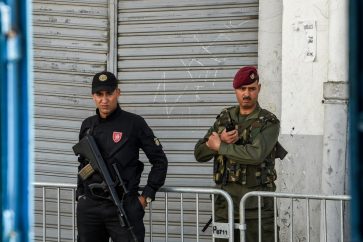 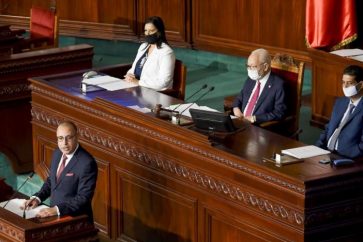 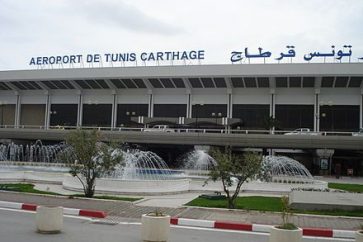