Sayyed Safieddine: Hezbollah Protected Lebanon from Israelis & Takfiris, Made sacrifices More than All Other Lebanese Parties

Head of Hezbollah Executive Council Sayyed Hashem Safieddine stressed Tuesday that the Resistance ideology relies directly on Imam Hussein’s (P) creed, adding that it is always ready to sacrifice martyrs for the sake of the path of righteousness.

The Resistance patience and sacrifice have led to the major victories, according to Sayyed Safieddine, who added that Hezbollah managed to defeat the Israeli occupation army and frustrate the US schemes in the region.

Sayyed Safieddine pointed out that Hezbollah enemies resorted to the political propaganda to distort the Resistance image, stressing that this novel war will fail just as the military battles.

Sayyed Safieddine maintained that Hezbollah has undergone the political and institutional experience in Lebanon in order to protect the Resistance, adding that it would not never compete with other parties for state portions.

Every Hezbollah fighter has the basic goal of following Imam Hussein’s (P) path and embracing martyrdom. 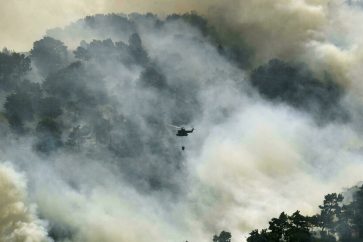