Sayyed Nasrallah: Our Weapons Will Remain, We Will not Starve, We Will Kill You – Al-Manar TV Lebanon
Menu

Sayyed Nasrallah: Our Weapons Will Remain, We Will not Starve, We Will Kill You

“When protests erupted over the rise in the dollar exchange rate and acts of violence occurred in Beirut and Tripoli, some held Hezbollah and Amal movement responsible and said the Shiite duo wanted to topple the government. In the past they said this is Hezbollah’s government, so is Hezbollah stupid to topple its government? This is a sign of confusion and absurdity,” said Sayyed Nasrallah in a televised speech tackling latest developments.

“June 6th protest against Hezbollah arms was a failure, it faced a setback. Mixing between the slogan of disarming Hezbollah and the rightful reform slogans are condemned,” Hezbollah Secretary General said, denouncing the way some political forces follow in order to disarm the resistance is useless, urging them to provide alternatives.

“Some parties and groups called for a demo under the slogans of removing the resistance’s arms and implementing Resolution 1559. Holding the October 17 movement and its revolutionaries responsible for these slogans is wrong and inappropriate. It aggrieves the revolution, because a lot of those who took to the streets on October 17 do not believe in these stances and do not have a hostile stance towards the resistance.” The real problem, Sayyed Nasrallah said, is the economic and social situation, the rise in the dollar exchange rate and the import and export problems. “Introducing the 1559 demand into this type of demands has negative repercussions, because it leads to divisions, as actually happened on the ground.”

Hezbollah Leader addressed those calling for removal of Hezbollah arms, saying: Through slogans you will not manage to convince those who faced daily attacks in the South and West Bekaa. “Resistance arms, for our people, is part of our culture, strategic doctrine and deeper than others can imagine.”

“It’s the responsibility of all political and religious powers to prevent our country from approaching chaos, and avoid any political or sectarian sedition,” Sayyed Nasrallah said, adding that Hezbollah will do anything to avoid sedition and clashes, “nothing is off the table.”

“What amounts to moral betrayal is the involvement of political and religious leaders in sectarian incitement,” his eminence said, denouncing the unfair campaign to hold Hezbollah responsible for arson and vandalism during last Saturday protests. He also condemned attacks on security forces and public properties, as well as insults against symbols and sanctities.

Sayyed Nasrallah called on security and judicial authorities to interrogate rioters and declare their identities. “Attempts to blame us for the incidents that happened is an unjust and deplorable accusation. Leveling accusations at Hezbollah, Amal movement has reached a level of meanness,” the S.G. pointed out.

Sayyed Nasrallah hailed all reconciliation efforts among different political parties, saying such efforts should be encouraged and taken away from politicization.

Turning to the issue of dollar shortage in Lebanon, Sayyed Nasrallah said there are certain and definite information that Americans are preventing the transfer of necessary amounts of dollars to Lebanon.
“Americans are interfering and pressuring Lebanon’s Central Bank (BDL) to prevent it from injecting dollars into markets.”

A Lebanese bank, protected by a political force, has since August 2019 collected tens of millions of dollars and moved them out of Lebanon, Sayyed Nasrallah revealed.

“Who took 20 billions of dollars out of Lebanese banks lately? This is confirmed according to official statements and records. Officials said in meetings that 20 billion dollars were sent abroad between September 2019 and February 2020. They were not sent to Syria or Iran and it was not Hezbollah or Amal who transferred them abroad. “Out of 20 billions of dollars, nothing was taken to Syria, and BDL Governor knows this well.”

“The problem is bigger than the problem of illegal money changers. This is a simplification of the problem and smoke bombs aimed at concealing the monsters who collected dollars and sent them abroad or those who are preventing the entry of dollars. The US is using Lebanon and its economy to achieve their interests, among which are Israel’s security and the land and maritime borders.”

The Hezbollah leader warned that whoever awaits pitting the resistance environment against it will fail and must give up, stressing also that “whoever bets on our starvation or leading the country towards poverty we tell him: this will never happen.”

“Whoever puts us between the option of withdrawing our weapons or killing us with hunger, we say: our weapons will remain in our hands and we will not starve, we will kill you,” Sayyed Nasrallah warned.

“US’ resort to Caesar’s act is an evidence of Syria’s victory in the military and field war, it is its last weapon,” he said, urging Lebanon to take a stand from this unjust, cruel Act which will affect Lebanon at different levels. “Whoever calls to close borders with Syria will later call us to open the borders with ‘Israel’,” his eminence stressed out.

Sayyed Nasrallah ended his speech by saying that all opportunities available to the Lebanese are being closed by the US so that they’d lay down their neck to the Israelis, but said “this will never happen.”

The Hezbollah leader began his speech with reiterating his condolences to all Palestinians and Resistance groups on the demise of late Islamic Jihad Movement Leader Ramadan Abdullah Shallah who died a week ago at the age of 62. Shallah headed the Palestinian Islamic Jihad resistance organization for over two decades, and died last Saturday after being in coma for more than three years following a heart surgery.

Sayyed Nasrallah hailed Shallah as a wise, decisive, disciplined leader. “Shallah was keen on the Palestinian unity and the integration of the whole Islamic Ummah.” With the leadership of Shallah, PIJ took the forefront in battling the Israeli enemy, his eminence said.

The Secretary General also paid tribute to late Hezbollah commander Haj Hasan Farhat, aka Abu Ali, who passed away few days ago in the afternoon of Thursday 11 due to an accident in his village of Louaizeh in the Iqlim Tuffah region in southern Lebanon.

Sayyed Nasrallah praised Haj Abu Ali as a humble, generous, calm, affectionate person, reliving memories his eminence spent with him. “He’s an idol at all levels.” 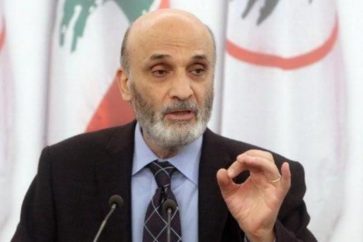 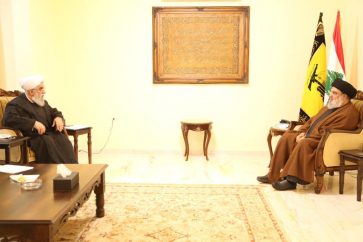 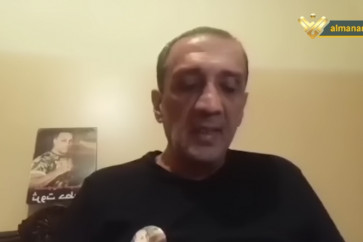