A third of the nearly 2,000 sailors who were aboard France’s aircraft carrier Charles de Gaulle and support craft when a coronavirus outbreak occurred at sea have tested positive for the virus, the defense ministry said.

With two-thirds of test results in, 668 sailors from the Charles-de-Gaulle and escort vessels in its battle group are confirmed to have the virus, the ministry said on Wednesday, April 15.

Thirty-one were being treated in hospital, and one was in intensive care, a ministry statement said.

Last week, it was decided to bring the Charles-de-Gaulle home 10 days early from a deployment in the Atlantic after some crew members showed coronavirus symptoms.

The carrier which had helicopters and fighter jets on board, was accompanied by two frigates – one for aerial defense and the other an anti-submarine vessel.

Sailors from the Charles-de-Gaulle, one of the frigates and the pilots who returned the aircraft to their respective bases, are all placed in isolation for 14 days, the ministry said.

There had been no virus outbreak on the other frigate.

So far, 1,767 sailors from the battle group have been tested for the virus, the vast majority from the aircraft carrier itself, said the ministry statement.

Some 30% of results are still outstanding, meaning more than half of those tested so far have come back positive. 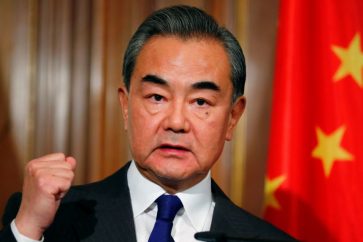