Well-informed sources told Al-Manar that a meeting was held on Monday between the prime minister-designate Hassan Diab and the head of Al-Marada Movement Sleiman Frangieh in presence of the caretaker finance minister Ali Hasan Khalil and Hezbollah SG Political Aide Hussein Al-Khalil.

The sources added that the meeting tackled Al-Marada portion in the upcoming government, noting that nothing in this regard has been settled.

Al-Manar sources indicated that meetings and contacts will be intensified during the coming hours in order to resolve the remaining knots procrastinating the cabinet formation, adding that one of the main proposals is raising the number of ministers from 18 to 20 by adding one minister for the Catholics and another for the Druze. 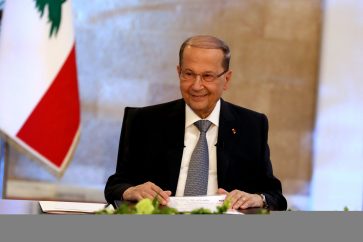