The Izz ad-Din al-Qassam Brigades, the military wing of Hamas, held a press conference on Saturday during which it  revealed details about a botched Israeli raid on the besieged Gaza Strip two months ago, saying it was aimed at planting surveillance devices on the resistance movement’s landline communication network.

Hamas displayed  a video footage of Israeli commandos and their military vehicles and equipment in action inside Gaza, revealing the identity of the Zionist officer killed during the operation as well as the Palestinian traitors who assisted the Zionist group.

On November 11, 2018, elite Israeli occupation soldiers crossed the border into Gaza on Sunday in a civilian car in a special operation to assassinate Hamas commander prompting an exchange of fire between Zionist soldiers and the Palestinian resistance fighters who later uncovered them.

According to Hamas resistance group, the Israeli unit was unmasked, prompting air forces to come to its aid and extract the troops from the territory.

The military situation after that incident was escalated by the Zionist enemy which raided several positions in Gaza, eliciting the Palestinian resistance factions’ response.

During a two-day confrontation, the Palestinian resistance fired hundreds of missiles, including heavy-headed ones, obliging the enemy to surrender to a ceasefire which maintains a new balance-of-fear formula between the occupation entity and the resistance. 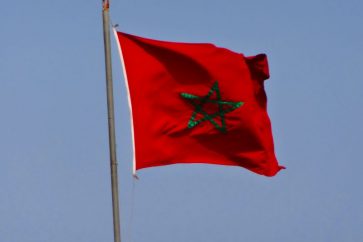