Thousands rally in the capital Baghdad and southern cities in Iraq, keeping up some three weeks of protest against economic conditions.

Thousands also gathered in front of the provincial government’s offices in the southern oil hub of Basra, where the protests began on July 8.

The city of Nasiriyah also witnessed demonstrations. The participants held up banners reading, “No to corruption! Yes to change!”

People also marched in the provinces of Najaf and Maysan.

So far, 14 people have been killed during the rallies in which storming government offices and state facilities as well as attacking security forces have already become common scenes.

Lying at the heart of the protests are power shortages, unemployment, and lack of clean water. 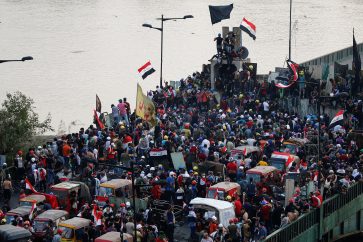 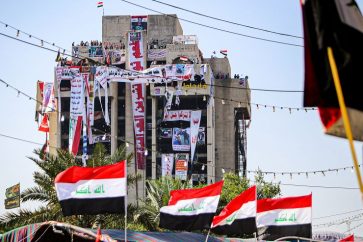 Iraqis Hold Mass Rally in Baghdad to Back Religious Authority