The Kremlin dismissed on Monday that its forces were responsible for large-scale killings in east Ukraine, accusing Kiev of fabricating its claims of mass graves discovered in the recaptured territory of Izyum.

Kremlin spokesman Dmitry Peskov said, “These are lies, “adding Russia “will stand up for the truth in this story”.

This comes after Ukrainian President Volodymyr Zelensky recorded a video address in English last Thursday claiming that a mass grave had been allegedly discovered in Izyum, where representatives of foreign media outlets were brought to the following day. Another shock came as an armed guard who works for Zelensky was later spotted with a Nazi insignia during his visit to Izyum.

Member of the Russian Civic Chamber, Alexander Malkevich, has lately said as quoted by TASS that Ukrainian soldiers killed in the Kharkov Region were portrayed as victims of alleged repressions by Russia.

According to Malkevich, the presence of foreign media at the location was critical to showcase this issue in the press and stain Russia’s name with accusations of mass slaughter, adding: “We are being shown multiple graves, they begin to dig them up, show the bodies. Actually, Russian troops and frequently the officials from military-civilian administrations were burying those killed Ukrainian soldiers that were abandoned on a battlefield by their so-called comrades. Now they are being passed off as the victims of Russian repressions while actually, those are the Ukrainians whom their so-called comrades-in-arms didn’t care about”.

The withdrawal from Kharkov to Donetsk, Moscow explained, was carried out over the course of a three-day operation conducted to minimize Russian losses.

The Russian Civic Chamber member further relayed Kiev’s disinterest in the fate of the bodies of the Ukrainian troops: “The same is happening on the border of the Kherson and Nikolayev Regions where endless staged attacks are underway for the sake of promoting Zelensky. We know that [head of the Nikolayev regional state administration Vitaly] Kim refuses to take the bodies of those killed. That is, essentially, in any location where the Ukrainian Army is sacrificing its soldiers by dozens and hundreds, it is possible to set up many of such Bucha-like staged events following a known technology”.

Back on April 3, Bucha was the center of Kiev’s accusations of an alleged Russian massacre of civilians, which the Russian Defense Ministry rejected, stating through its military agency that its Armed Forces had left Bucha on March 30, and surprisingly “the evidence of crimes” came to light four days later, after Ukrainian Security Service officers arrived to the region. Russian Foreign Minister Sergey Lavrov condemned the Bucha allegation and labeled it as a “fake attack”. Even Russian foreign ministry spokeswoman Maria Zakharova commented that the Bucha incident is a criminal act, not only committed by those who killed the residents, but by the string-pullers in the West who used their information tools. 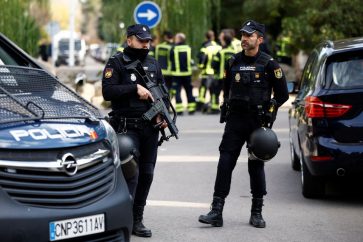