As anger rose over the latest police killing of a Black man in the United States, and authorities appealed for calm, a crowd marched to City Hall carrying banners with slogans such as “Justice for Jayland.”

The slogan refers to Jayland Walker, 25, who was killed Monday after officers tried to stop his car over a traffic violation, police said.

Sunday marked the fourth straight day of protests in the city of 190,000 people.

Derrick Johnson, president of The National Association for the Advancement of Colored People (NAACP), denounced the shooting as “murder… point blank” as the civil rights group led a daytime rally.

“This Black man was killed… for a possible traffic violation. This doesn’t happen to white people in America,” Johnson considered in a statement.

Protests continued into the evening, with a hundred-strong crowd still in the streets in front of the justice center, an AFP reporter said.

Despite calls from some protesters for calm, tensions mounted during the night.

Police in riot gear deployed and fired tear gas at the crowd to push it back from the justice center. 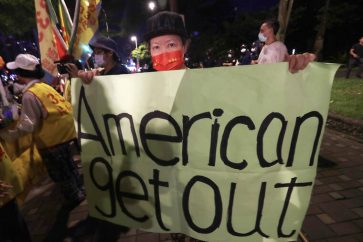 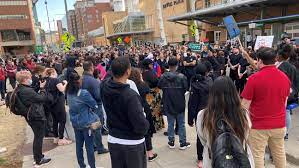 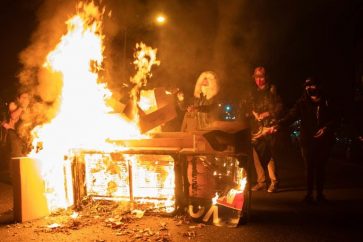