In remarks to the media, Erdogan said he believed that “this historic visit will be a turning point in relations between Turkey and Israel. Strengthening relations with the State of Israel has great value for our country.”

He noted that the meeting with Herzog included a discussion about events in Ukraine and in the Eastern Mediterranean and said he believed “the coming period will bring new opportunities for both regional and bilateral cooperation.”

The Turkish leader expressed hope that “this important visit, taking place after so long, will provide an opening for future joint opportunities.”

Erdogan went on to say that “antisemitism is a crime against humanity,” saying that “hate crimes continue to take place all over the world and we will continue to tackle xenophobia, racism, antisemitism and Islamophobia.”

Speaking after Erdogan, Herzog thanked the Turkish president for the warm welcome and opened his speech by saying in Turkish: “My wife and I are very happy to be in Turkey as your guests.”

Addressing the meeting with Erdogan, Herzog said the leaders held “productive” talks and addressed many issues.

“This is a very important moment in relations between our countries, and I feel it is a great privilege for both of us to lay the foundations for the cultivation of friendly relations between our states and our peoples, and to build bridges that are critical for all of us,” he said, according to Times of Israel.

Ties between the two sides have been rocky for various reasons, in particular after the death of 10 civilians in an Israeli raid on the Turkish Mavi Marmara ship, part of a flotilla trying to breach an Israeli blockade on besieged Gaza by carrying aid into the territory in 2010, Al-Jazeera reported.

After years of frozen ties, a 2016 reconciliation agreement saw the return of ambassadors, but it collapsed in 2018 in the wake of the Great March of Return protests. More than 200 Palestinians were martyred by Israeli occupation forces across a period of several months as Palestinian refugees protested to return to their homes in in the occupied territories from where they were ethnically cleansed in 1948. The months-long protests also called for an end to the siege imposed on the Gaza Strip by the Zionist entity.

Turkey recalled its diplomats and ordered Israeli envoy out of the country in 2018, as the bilateral relations hit another low.

Although the Israeli president’s post is largely ceremonial and any concrete steps towards rapprochement will require approval of Prime Minister Naftali Bennett, Herzog’s visit marks a significant thaw in ties.

The last visit by an Israeli president to Turkey was in 2007 and the last trip by a prime minister came the following year. Erdogan and Bennett spoke in November, the first such call in years.

The steps towards a rapprochement with the Zionist entity come as Turkey, beset by economic troubles, has been trying to improve strained ties with several countries in the region, including Egypt, the United Arab Emirates and Saudi Arabia. 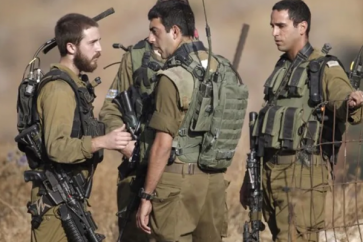