IAEA Not to Gain Access to Iran’s Nuclear Data

Iran announced on Monday that the UN nuclear watchdog’s access to the footage taken by surveillance cameras installed at the country’s nuclear installations depends on a possible agreement between Tehran and the world powers on implementation of the nuclear deal.

“The IAEA’s access to cameras’ memory is possible when an agreement is reached. If one day we reach an agreement among the nuclear deal parties, the full implementation of the nuclear deal by Iran will be resumed. Iran allows cameras to take footage based on its good will but the Agency will not have access to the cameras footage,” Foreign Ministry Spokesman Saeed Khatibzadeh told reporters in a press conference in Tehran.

In response to a question about the recent visit of the IAEA Director-General Rafael Grossi to Iran and the joint statement issued during the visit, Khatibzadeh said, “Iran-IAEA relations are normal and technical, and as long as the IAEA keeps the non-political and non-discriminatory approach towards Iran, Iran will also maintain its relations with the IAEA.”

“Very good consultations were held between the two sides and there were no new issues. Due to the upcoming meeting of the IAEA Board of Governors, the talks were held intensively and it was agreed to continue these relations within the technical framework without giving permission to the other parties to bring political issues into the relations between Iran and the IAEA,” he added.

“Mr. Eslami (Iran’s nuclear chief) will travel to Vienna to attend the Agency’s General Conference, and it has been agreed that Mr. Grossi will visit Tehran more regularly and return to Tehran after the Board of Governors’ meeting,” Khatibzadeh said.

After the meeting, Eslami said that Tehran and the UN nuclear watchdog need to build more trust, terming meeting with Grossi “constructive”.

Iran and the International Atomic Energy Agency issued a statement at the end of a meeting between Eslami and Grossi, stressing the need for continued and extended cooperation between the two sides.

“In this meeting the parties recalled and reaffirmed the spirit of cooperation and mutual trust and its continuation and emphasized the necessity for addressing the relevant issues in a constructive atmosphere and exclusively in a technical manner,” the statement issued during Grossi’s visit to Tehran said on Sunday.

“In the framework of the existing cooperation, the two sides decided to maintain their mutual interactions and meetings at relevant levels. To this end, the Vice-President and the Head of AEOI will meet the IAEA Diector-General on the sidelines of the upcoming General Conference, and the IAEA DG will also visit Tehran in the near future to hold high level consultations with the Government of the Islamic Republic of Iran with the aim of enhancing cooperation between Iran and the IAEA in different fields and discussing current issues of mutual interest,” it added.

The statement noted that the “IAEA’s inspectors are permitted to service the identified equipment and replace their storage media which will be kept under the joint IAEA and AEOI seals in the Islamic Republic of Iran”, adding that “the way and the timing are agreed by the two sides”.

Iran and the other parties to the nuclear deal have held six rounds of talks in Vienna, which began after the Biden administration voiced willingness to rejoin the nuclear agreement, three years after the Trump administration unilaterally withdrew the US from the deal and reinstated crippling sanctions on the Islamic Republic.

While unresolved disagreements remained on key issues, the participants took a break from the talks after Ebrahim Rayeesi emerged victorious in Iran’s presidential election, waiting for Iran’s democratic transition to take place to continue the talks.

The scope of the sanctions removal and Iran’s call for the US to guarantee that it will not ditch the JCPOA again are among key issues not settled during the administration of former Iranian President Hassan Rouhani. 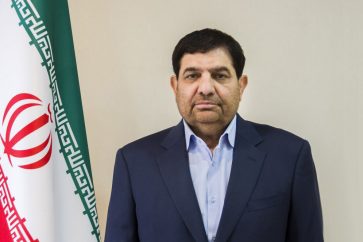