A United Nations official says Saudi Arabia and the United Arab Emirates (UAE), the key members of a coalition waging war on Yemen, have deployed cluster bombs against a residential neighborhood in the country’s coastal western province of Hudaydah.

The Head of the UN Mission to Support the Hudaydah Agreement (UNMHA) in Yemen, Lieutenant General Abhijit Guha, said in a statement on Tuesday that he is concerned about repeated Saudi-UAE airstrikes in the al-Arj area of the province between August 16 and 23, the Yemeni al-Mahrah Post website reported.

Guha noted that the heavy fighting that broke out around the city of Hudaydah on August 27 in addition to “reports of the use of cluster weapons during one of these airstrikes” are of “special concern.”

The senior UN official then called on parties to the Yemen conflict to “desist from any measures that harm the implementation of Hudaydah agreement.”

Delegates from the Houthi Ansarullah movement and representatives loyal to former Yemeni president Abd Rabbuh Mansur Hadi held a round of peace negotiations in Rimbo, north of the Swedish capital city of Stockholm, in December 2018.

The talks resulted in the announcement of an agreement, which included a ceasefire along the Hudaydah front and the redeployment of armed forces out of the city and its port. The deal also mandated the UN to oversee the truce.

Guha further urged all warring parties in Yemen to “refrain from any other activities that put the lives of civilians in Hudaydah province in danger.”

Back on 23 August, an official source from the Ansarullah movement said the Saudi-led military coalition had used a cluster bomb on a farm in al-Arj area of the Bajil district.

Yemen’s Ministry of Human Rights, in a statement released by the official SABA news agency on June 10, warned that cluster munitions pose a serious danger to the lives of civilians, especially women and children, if they come in close contact with them.

The statement added that the Saudi-led alliance has used thousands of cluster bombs on residential areas, leaving many civilians dead or injured. Unexploded submunitions risk the lives of locals in the targeted areas as well.

Also on Tuesday, the Yemeni Ministry of Public Health and Population censured latest remarks by the United Nations Special Envoy for Yemen Martin Griffiths, in which he apparently overlooked the disastrous effects of the Saudi-led coalition’s continued siege and detention of fuel tankers off the coast of Yemen.

“After nearly four months that the Saudi-led coalition has been preventing fuel vessels from mooring in Hudaydah port and affecting vital sectors and service facilities, the UN envoy surprised us” with his statement, the spokesman for the ministry, Dr. Yousef al-Hadhiri said.

“Griffiths utterly disregards the Yemeni health sector and the immediate impacts on it in the statement. The statement neither helps reveal the truth nor conceals the falsehood,” Hadhiri added.

He emphasized, “Such neglect did not take place by mistake, but was rather deliberate in order to cover up the humanitarian gap that could draw the attention of the international community to the humanitarian catastrophe that Yemen suffers from.”

The top Yemeni official argued that “Griffiths, in his statement, has not pointed to the fact that the continued detention of fuel tankers affects 80% of patients with chronic diseases and those injured in accidents, who are in the countryside and have no access to necessary health services in city centers.”

“We in the Ministry of Public Health and Population condemn the UN envoy’s clear and scandalous bias towards murderous criminals committed by the Saudi-led coalition and its mercenaries,” Hadhiri said.

“Griffiths’ tenure as the UN special envoy for Yemen has not witnessed any improvement or progress in the living standards of Yemenis in the face of the siege and aggression they has been suffering for more than 65 months.”

Saudi Arabia and a number of its regional allies launched the campaign against Yemen in March 2015, with the goal of bringing Hadi’s government back to power.

The US-based Armed Conflict Location and Event Data Project (ACLED), a nonprofit conflict-research organization, estimates that the war has claimed more than 100,000 lives for more than the past five years.

The Houthi movement, backed by the armed forces, has been defending Yemen against the Saudi-led alliance, preventing the aggressors from fulfilling the objective of their deadly campaign. 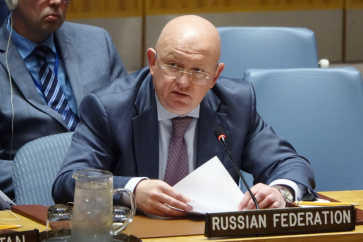 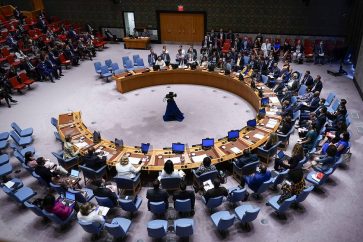