Hezbollah Executive Council Deputy Chief Sheikh Ali Daamoush stressed that the US wanted to utilize Lebanon protests in order to weaken the Resistance party and exclude it from the local political scene, adding that Washington’s plot counters the Lebanese national interests and serve those of the Israeli enemy.

Sheikh Daamoush confirmed that the rejection expressed by President Michel Aoun, Hezbollah and the Resistance supporters frustrated the US scheme, warning that Washington will not stop attempting to implement its political plan in Lebanon.

Sheikh Daamosh also called for creating a new government that possesses the ability to cope with the economic crisis, adding that the nation can no longer mange with the ongoing procrastination in this regard. 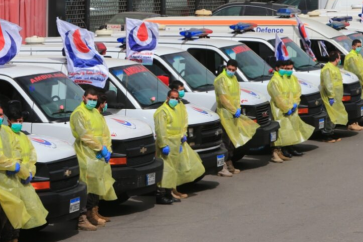 Hezbollah: Terrorist Bombings Return Suspiciously to Iraq after Official and Public Calls for Withdrawal of US Occupation Troops