A serious deterioration in the health of Ayatollah Sheikh Issa Al-Qassem was reported late Sunday, as the leading Bahraini cleric, who has been for months under house arrest by Al-Khalifa regime forces, is suffering from internal bleeding.

Bahrain Mirror Online Newspaper reported that the health condition of Ayatollah Qassem is dangerous, adding that the prominent Shia cleric lost half of his body weight.

The website said the health condition of Sheikh Issa Al-Qassem is worrying, indicating that the leading cleric is suffering from dangerous internal bleeding that needs hospital treatment.

Bahrain Mirror said the deterioration of Sheikh Q1assem’s health was due to hard conditions caused by the siege imposed by Al-Khalifa regime on his house in Diraz.

The website added that Sheikh Qassem’s family calls for an international medical team to be granted access to treat the leading cleric, stressing that any medical team which would be tasked by the regime can’t be trusted. 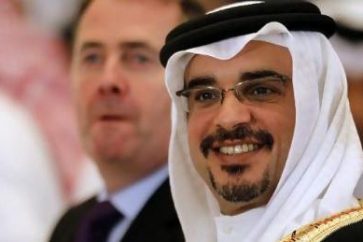