Russia has once again introduced a draft resolution on the fight against the use of chemical weapons by terrorists in Syria and Iraq, Russia’s Deputy Permanent Representative to the United Nations Vladimir Safronkov told journalists.

The draft was distributed at the UN Security Council on Friday, it was co-authored by Russia and China, Safronkov said, explaining that this is the second time that such a draft is being introduced.

The first time a Russian-Chinese draft on terrorists’ use of chemical weapons in Syria was introduced at the UN was last year in April. Then, western states did not support the Russian initiative.

Permanent Representative of the United Kingdom to the United Nations, Matthew Rycroft, said on Friday that all members of the UN Security Council were concerned about the use of chemical weapons, but that there was a difference between Iraq and Syria in that the Iraqi government had not been accused of chemical weapon use, unlike Damascus.

According to Rycroft, the United Kingdom does not support the Russian-Chinese draft. 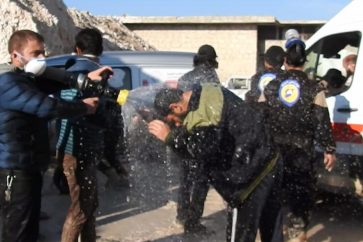