Zarif Condoles with Iraq over Terrorist Attack in Sadr City

In a phone conversation with his Iraqi counterpart Fuad Hussein on Tuesday night, Zarif and also conferred on bilateral ties during the conversation.

The top Iranian diplomat, meanwhile, felicitated Hussein on the occasion of Eid Al-Adha (Feast of Sacrifice).

Zarif, on Tuesday, also had telephone conversations with the foreign ministers of Pakistan, Oman, Qatar, Kuwait, South Africa, and the Republic of Azerbaijan, and congratulated them on Eid Al-Adha.

At least 29 people were martyred and 47 others were injured in a terrorist attack on Monday night in Sadr City, Iraq. The blast was claimed by ISIL Takfiri group. 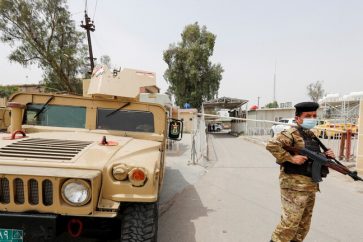