‘I Can’t Breathe’ Word of All Nations Oppressed by US: Imam Khamenei – Al-Manar TV Lebanon
Menu

‘I Can’t Breathe’ Word of All Nations Oppressed by US: Imam Khamenei

The Supreme Leader of the Islamic Revolution Ayatollah Seyyed Ali Khamenei said here on Wednesday that “What is being witnessed in US cities today is a result of realities that had always been kept concealed. However, today these have been revealed leading to the disgrace of the US government.”

The Leader made the remarks while addressing the nation live on TV on the occasion of the 31st demise anniversary of Imam Khomeini.

He hailed the charismatic character of the Late Founder of the Islamic Republic Imam Khomeini and said he managed to initiate the greatest changes in his time.

The Supreme Leader further commented on the demise anniversary ceremonies and, noting that the content, not the form is the most important item in holding tributes to the Late Imam Khomeini, said the Late Imam is still very much alive in the minds and hearts of people despite lapse of many years since his passing away.

He highlighted “appeal for change” as the most basic characteristics of the Late Founder of the Islamic Republic Imam Khomeini and said that “Imam caused the U.S. presidents to say themselves that Khomeini had humiliated them.”

Outlining the most outstanding characteristics of the Late Founder of the Islamic Republic, he highlighted his multi-faceted character the most notable of which the Leader described as his search and appeal for change.

Ayatollah Khamenei further stressed that the Late Imam was not a mere instructor or rhetorician but functioned as a commander who went to the very heart of operations and was a “leader” in the true sense of the word.

He further pointed to the new methods the Late Imam Khomeini used in changing people’s minor and insignificant demands into more important ones regarding the country’s most basic issues like non-independence on any world powers.

He further outlined many other changes the Late Imam initiated like the way people regarded world powers and the superpowers.

At that time, no one even imagined questioning the US power and never thought of doubting its power. Or, doing things which could go contrary to the US will, he said.

While, the Supreme Leader stressed, Imam Khomeini acted in a way that even the US presidents themselves admitted that he had humiliated them. And that was the true reality. The Late Imam and his young followers and admirers managed to humiliate the superpowers in the true sense of the word. They managed to break the authority of the superpowers, defeat them and expel them from the scene.

The late Imam showed everyone that superpowers are easy to defeat, easy to break. And the future too proved this notion. Everyone saw what became of the Soviet Union. And this is what is happening to the US today and the events going on there, he added.

The Supreme Leader further noted that “Imam caused the U.S. presidents to say themselves that Khomeini had humiliated them,” as quoted by his official website Khamenei.ir

“Nations resemble an ocean. Creating a storm in an ocean is not something anyone could do. Imam Khomeini created a storm in the ocean of the Iranian nation, turning the Iranian nation that had abandoned self-determination into a determining, influential nation in the world.”

“During the Pahlavi rule, the Iranian nation had a contemptuous outlook towards itself, not only before world powers but also before govt officials. It didn’t occur to people they could rise up against the Pahlavis and global powers. Imam Khomeini inspired this belief in people,” the website wrote.

“The Iranian nation regarded a despotic government to be a natural matter. Imam Khomeini turned such a nation into a nation that determined their own type of government. People’s demands progressed from trivial, limited requests to great, global demands.”

“Imam Khomeini revolutionized people’s view of religion. Religion developed from being a personal matter limited to prayers and fasting into being a matter for building a civilization, a society and human beings. Such a change was even produced in the jurisprudents.”

He further said: “Imam Khomeini caused the US leaders at that time to admit that Khomeini had humiliated them. Imam Khomeini proved that superpowers can be broken and beaten. You saw how the USSR collapsed, and you can see the status of the US today.”

“Khomeini was an Imam of change but believed all this to be from God. He saw the spiritual evolution of the youth as God’s doing. He believed in “You didn’t throw when you threw, it was God who threw.” [8:17] He said the youth’s evolution was greater than the Pahlavis’ defeat.”

“What is being witnessed in US cities today is a result of realities that had always been kept concealed. However, today these have been revealed leading to the disgrace of the US government.”

“The crime committed against this black man is the same thing the US govt has been doing against all the world. They have done the same in Afghanistan, Iraq, Syria, Vietnam, and many other countries of the world. This is the US govt’s nature and character that is being exposed today.”

“The people’s slogan of #ICantBreathe can be heard in the massive protests throughout the US. It also represents the heartfelt words of all nations against which the US has committed many atrocities.”

Ayatollah Khamenei has given a speech every year for the large crowd of people who gathered at the mausoleum of the late Imam Khomeini to pay tribute to the founder of the Islamic Republic. But this year, the ceremony at the mausoleum is canceled due to the restrictions imposed to contain coronavirus disease (COVID-19).

His charismatic character and political approach inspired many leaders and popular uprisings against dictator powers across the world. 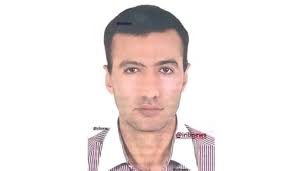