Hezbollah: Pompeo’s Statements Come in Context of US Attempts to Eradicate Palestinian Cause

Hezbollah denounced the statements made by the US Secretary of State Mike Pompeo and aimed at legalizing the Zionist settlements in the occupied Palestinian territories.

In a statement issued on Tuesday, Hezbollah considered that Pompeo’s comments are worthless, unacceptable, illegitimate and illegal and contradict with the international conventions and customs that the United States of America falsely claims to abide by.

Hezbollah statement stressed that Pompeo’s stance as well as the hostile positions and actions previously taken by the US comes in the context of Washington’s continuous attempts to eradicate the Palestinian cause, stressing that this step will never change the reality that ‘Israel’ is an occupation entity and that all such entities will reach demise.

Hezbollah finally noted that the resistant Palestinian people are determined to liberate and regain every inch of its land, emphasizing that they will emerge victorious, God willing. 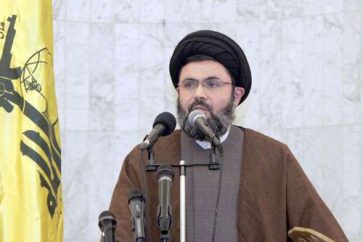