US, Israeli Acts of Aggression in Region Must Stop: Rouhani

Iranian President Hassan Rouhani said what is currently going on in the Middle East is the result of US’ plots and wrong plans, adding that acts of aggression by the US and provocative interventions by Israel must end.

Rouhani made the remarks on Sunday as he was leaving Tehran for Ankara, Turkey, to take part in a tripartite meeting on Syria along with his counterparts from Turkey and Russia.

“Today, what is taking place in this region and has concerned many countries of the world is the result of erroneous plans and conspiracies of the United States,” the president said, adding, “We have declared time and again that regional issues must be resolved by regional countries and through dialogue.”

“If we want the establishment of real security in this region, a full stop must be put to acts of aggression by the US and provocative interventions by the Zionist regime; otherwise we will witness the continuation of insecurity,” he added.

Rouhani stressed that the US and Israeli regime are supporting Saudi Arabia and the United Arab Emirates in their war against Yemen and provide them with weapons and intelligence, adding that many innocent Yemeni people are killed on a daily basis, which shows lack of security in the region.

The United Nations’ investigators said on Tuesday that they suspect the US and its chief Western allies, the UK and France, of complicity in “war crimes” in Yemen, citing their provision of arms, logistics, and intelligence to a Saudi-led coalition invading the country.

The experts offered the findings in Geneva, saying “the legality of arms transfers by France, the United Kingdom, the United States, and other states remains questionable, and is the subject of various domestic court proceedings.”

Saudi Arabia and a number of its regional allies launched a deadly war on Yemen in March 2015 in an attempt to reinstall a former pro-Riyadh regime and eliminate the Houthi Ansarullah movement that has been defending the country along with its armed forces.

The Western-backed military aggression, coupled with a naval blockade, has destroyed the country’s infrastructure, and led to a massive humanitarian crisis.

Elsewhere in his remarks, Rouhani said regional countries, particularly the three guarantor states of a ceasefire regime in Syria — Iran, Russia, and Turkey — are concerned about Israel’s acts of aggression and interference in the Arab country as well as the regime’s support for terrorists and its attacks on Syrian people and infrastructure.

“Certain parts of Syria are still under the occupation of others and terrorists have still presence there. Terrorists are still present in Idlib province and the continuation of the war with terrorists in this region is necessary,” Rouhani said.

In a meeting with the Russian president’s special envoy for Syria Alexander Lavrentiev in Damascus, the Syrian president also stressed his government’s determination to eliminate terrorist groups that are holed up in Idlib and attack civilians in neighboring areas.

Referring to problems faced by the Syrian government in the region east of Euphrates, the Iranian president said, “The presence of Americans is an act of aggression, illegal and an act of intervention, which has been a constant cause of insecurity in this part of Syria.”

Iran has frequently emphasized that only the Syrian people must determine their future and other countries must help the “legal and legitimate” government in Damascus, Rouhani pointed out.

Iran’s president noted that during the Monday summit in Ankara, he will hold talks with his Russian and Turkish counterparts, Vladimir Putin and Recep Tayyip Erdogan respectively, about bilateral ties and the latest developments in Syria.

The tripartite meeting will be held within the framework of the Astana Process, an initiative by Iran, Russia, and Turkey, which have been mediating peace negotiations between representatives from the Damascus government and opposition groups in a series of rounds held in the Kazakh capital Nur-Sultan (formerly Astana) and other places since January 2017.

The talks, which are collectively referred to as the Astana peace process, have so far helped significantly reduce the violence gripping the Arab country by establishing four de-escalation zones there. They have also paved the way for the formation of a Constitutional Committee.

The parallel UN-backed peace process in Geneva, however, has failed to deliver much. 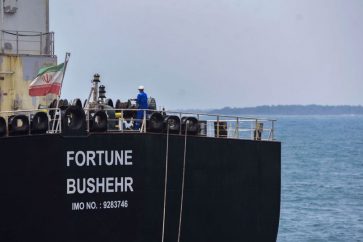 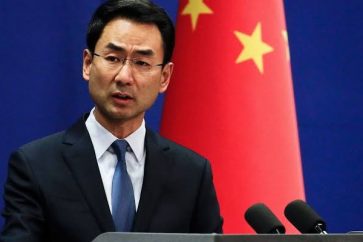 US Has to ‘Admit Defeat & Start Respecting Iranian Nation’ or ‘Keep Being Hated’: Tehran