Hezbollah announced on Sunday that Hasan Zbeeb and Yasser Daher’s unit has targeted an Israeli military vehicle near the border with the occupied Palestinian territories, killing and injuring all occupation forces on board.

“At 4.15pm (Beirut Time) on Sunday, September 1, 2019, the unit of martyrs Hassan Zbib and Yasser Daher has destroyed an Israeli military vehicle on the road at the Avivim base, killing and injuring all forces on board,” the Islamic Resistance announced in a statement issued on Sunday afternoon.

Following the attack, the Israeli military confirmed that a military vehicle has been targeted at the border with anti-tank missiles, saying ‘multiple hits’ were scored on ‘army base’.

Israeli websites said helicopters were transferring casualties to Zif Hospital in Safed (Zfat), highlighting that a state of fear and panic prevailed among settlers in the North of occupied Palestine who were told to go to shelters. Israeli military also ordered settlers living within 4 kilometers of the Lebanese border to remain in their homes and open their bomb shelters.

Few hours after the flare-up, Al-Manar correspondent announced that the artillery shelling on the outskirts of Maroun al-Ras, Yaroun and Aitaroun stopped, however, “some fires continued amid overflying of Israeli warplanes in the occupied territories.”

A statement by the Lebanese army said that Israel fired 40 rockets into south Lebanon during the Sunday border escalation.

Directly after the operation was fulfilled, Lebanese people from all walks of life gathered in border villages in a show of support to the Islamic Resistance and to the Lebanese right to self-defense and resistance.

Villages in the south and Beirut’s southern suburb burst with joy after the operation was announced, igniting several fireworks.

Hezbollah Secretary General announced last week that Hezbollah won’t keep mum before Israeli aggression and that the resistance will inevitably retaliate the killing of martyrs Hassan Zbeeb and Yasser Daher who were killed in an Israeli airstrike on Syria a week ago. 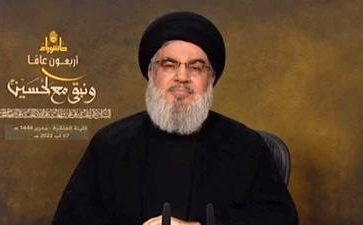 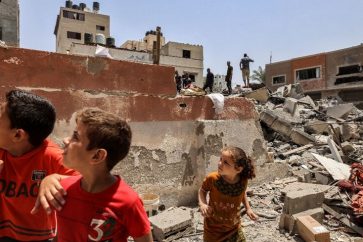