Mohammad and his father, Rabih Elayyan, went to the Israeli police station on Salaheddine Street in East Jerusalem on Tuesday morning, accompanied by fellow residents of Al-Quds neighborhood of Issawiya who came to protest the boy’s interrogation.

Wafa added that Rabih Elayyan was briefly interrogated by police before he and his son were released.

Wadi Hilweh Information Center- a Silwan-based watchdog, posted a video showing the four-year-old minor crying as he is carried by his father, who enters the police station.

In the video, dozens of Issawiya residents can be seen gathering outside the police station in protest of the interrogation warrant, with the occupation forces trying to disperse them by force.

The local Follow-up Committee called residents of al-Issawiya to escort Elayyan to the office with a media coverage in a bid to expose the Zionist Entity for investigating an underage child.

Following the interrogation, Rabih Elayyan told Palestinian media that an occupation officer at the police station told him to “take care” of his child, warning him that they will “take” his kid if he throws stone at the IOF again.

It is worth mentioning that al-Issawiya is under siege for more than two months, amid a wide-scale campaign to suppress its residents. Rights groups warn that such campaigns are regarded as a collective punishment that doesn’t distinguish between women, children, or even elderly. 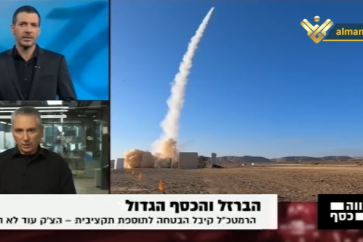 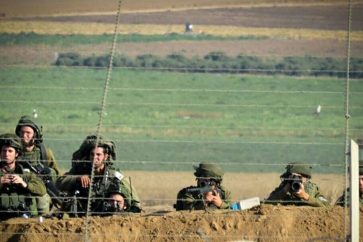