Palestinian Minor Tortured in Israeli Jail after Being Shot, Detained for ROCK THROWING!

Two Palestinian minors have been tortured, abused, and medically neglected in Israeli custody, one of which after being shot at point-blank range when Israeli occupation forces detained them for rock throwing earlier this month, a lawyer from the Palestinian Committee of Prisoners’ Affairs said Monday.

The lawyer, Luay Akka, said that 17-year-old Mumin Tawfiq Hamayel and 16-year-old Abd al-Fatah Mubarek were both being held inside Israel’s Ofer prison.

On the night of August 7th, Israeli soldiers detained the two near the village of Silwad in the central occupied West Bank district of Ramallah. Ma’an reported at the time that Israeli forces opened fire on them, injuring Mubarek — initially identified as Abd al-Fattah Buayrat — as the two were walking along Route 60 near Silwad and the illegal Israeli settlement of Ofra.

“Mubarek was throwing rocks in the air when Israeli soldiers shot at him and injured him in his left thigh,” Akka said. “The bullet penetrated his thigh, passing straight out from the other side, leaving behind shrapnel from the bullet and damaging his bones.”

Akka added that Mubarek has repeatedly expressed confusion and disbelief as to why Israeli forces shot him with live fire, as he said he was standing more than half a meter away from the soldiers, and it was clear that the small rocks in his possession did not endanger the soldiers’ lives.

After he was injured, Mubarek was taken to Israeli Hadassah hospital, where he was held for three days and handcuffed at all times, even when he went to the toilet.

After visiting Mubarek in Ofer prison, Akka said the teenager still suffered from pain, as he was given no proper medication to ease the pain, and periodically had his injury checked at the prison’s medical clinic.

Meanwhile, Akka said, “a group of at least seven Israeli soldiers chased, blindfolded, and beat Hamayel” before detaining him alongside Mubarek.

“Some soldiers hit (Hamayel) with rifles on his back and other soldiers kicked him with their military boots, causing Hamayel’s waist flesh to tear.”

Despite suffering blood loss, Hamayel has been denied medical care during his detention, where soldiers have “kept him on the ground and even stepped on him,” Akka added.

Akka’s statement on Monday came amid years of well documented cases of abuse and mistreatment of Palestinian children by Israeli forces.

A report released last week by BADIL, a Palestinian NGO, warned of an increasing trend of Israeli forces shooting and injuring Palestinian youth — particularly in the knees and legs — during the near-nightly detention raids carried across the occupied West Bank, particularly in refugee camps.

A number of testimonies collected by BADIL described an Israeli commander known as “Captain Nidal” — who is responsible for refugee camps in the Bethlehem area of the southern occupied West Bank — making repeated threats to local youth to disable them, such as: “I will make half of you disabled, and let the other half push the wheelchairs,” and “I will make all of you stand in line at the ATM waiting for your disability subsidies and assistance.”

According to BADIL, which is based in Bethlehem, 30 Palestinians have been shot with live ammunition in al-Duheisha refugee camp alone since the beginning of the year, the majority in their legs and knees — causing both permanent and temporary disabilities.

Another lawyer from the Palestinian Committee of Prisoners’ Affairs released a report earlier this month, detailing a series of incidents in which Palestinian youth being held across various Israeli prisons and detention were tortured, verbally abused, kicked, and slapped by Israeli interrogators.

Defense for Children International – Palestine (DCIP) released a report last month describing the well documented abuse of Palestinians children by Israeli forces and the harsh interrogation practices used to force their confessions, which has long been the target of criticism by the international community.

According to affidavits taken by DCIP for the report documenting the recent arrests and sentencing of Palestinian minors for rock throwing, two of the teenagers “both had maintained their innocence and confessed only after they had experienced physical and psychological abuse.”

The youth described being kicked and punched while handcuffed, choked, and having a door slammed in their face.

Interrogations of Palestinian children can last up to 90 days according to prisoners’ rights group Addameer, during which in addition to being beaten and threatened, cases of sexual assault, and placement in solitary confinement to elicit confessions are also often reported, while confession documents they are forced to sign are in Hebrew — a language most Palestinian children do not speak.

According to the Palestinian Committee of Prisoners’ Affairs, Israeli forces have detained 560 children from occupied East Jerusalem alone since the beginning of 2016, and 110 minors were still being held in Israeli prisons, including four girls and 10 boys in juvenile detention centers. 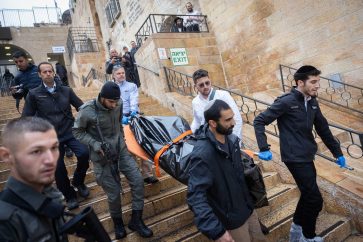 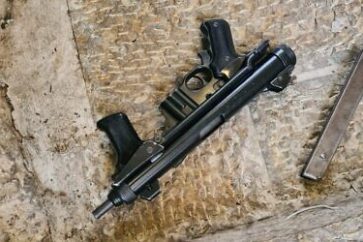 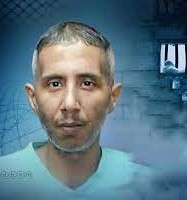