In a statement, Hamas Resistance movement said the Australian move represents Canberra’s “submission to the Israeli will and flagrant bias in favor of the Israeli occupation.”

Hamas stressed that Hezbollah’s Resistance is a legitimate act guaranteed by international and national laws.

The Palestinian movement also noted that such decisions against all Resistance movements in the region encourage the Israeli occupation to go ahead with its crimes against the Palestinian people.

The group stressed that Hezbollah is confronting aggression and terror, adding that the movement won’t be affected by the “wrong and unjust” decision that would rather increase its determination to “go ahead with resisting the Zionist enemy.”

For its part, the Political Bureau of Yemen’s Houthi Ansarullah movement described the Australian decision as a “criminal move that serves the Zionist entity.” 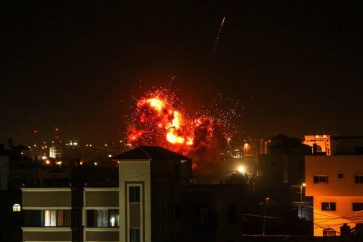