US to Blame for Delay in COVID Vaccine Delivery to Iran: Rouhani – Al-Manar TV Lebanon
Menu

US to Blame for Delay in COVID Vaccine Delivery to Iran: Rouhani

Iranian President Hassan Rouhani held the US government accountable for hampering the delivery of coronavirus vaccines to Iran through the COVAX program, saying the Islamic Republic is developing its own homegrown vaccine.

In comments after opening a number of technological projects via videoconference on Thursday, Rouhani said his administration had devised timely plans to purchase the coronavirus vaccine from abroad and produce it inside the country after the outbreak of the pandemic.

However, the US’ obstructionism deferred the delivery of vaccine to Iran through the WHO’s COVAX program, he added, saying ex-US president Donald Trump deserves the curse.

“Anti-Iran media are falsely blaming the (Iranian) administration and the Central Bank for a delay in the purchase of vaccine,” the president said.

Rouhani said Tehran has signed a contract to buy 10 million doses of coronavirus vaccine from a foreign company, but the shipment has been “locked because of American obstructionism.”

He noted that Iran has also paid India for several million doses of vaccine, but Indians claim that their Judiciary has blocked the export of vaccine to Iran.

“Nothing has priority over the vaccine. We will finance (the purchase) and import vaccine wherever it is,” the president stated, adding that efforts are also underway to develop a homegrown vaccine in large quantities.

The Iranian administration has devised plans to receive over 16 million doses of vaccines through the COVAX, import more than 25 million doses from abroad, and produce 25 million other doses inside the country.

Iran on Monday received the first consignment of coronavirus vaccine allocated under the World Health Organization’s COVAX program, including over 700,000 doses of the Oxford/AstraZeneca vaccine. 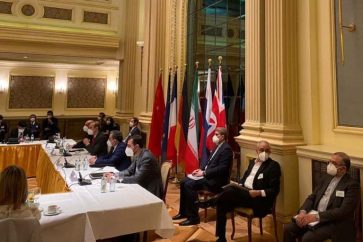 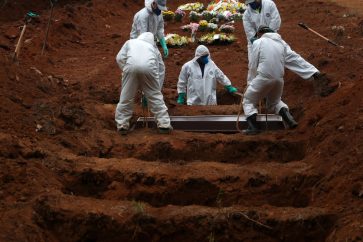