Head of Hezbollah’s Loyalty to Resistance parliamentary bloc Mohammad Raad stressed that the resistance party will prevent foreign powers from imposing their own agenda in Lebanon.

In a local ceremony on Saturday, MP Raad said the country is now in a new phase of forming a government that “will have a new strategy in dealing with laws, people and the country’s interests.”

The Hezbollah MP, meanwhile, saluted the people who voiced dissatisfaction with the misconduct of the previous governments.

“The move carried out by people won’t be fruitless, for all the officials today fear from being hold responsible.”

MP Raad also stressed that Hezbollah stands by the people in countering corruption and passing laws that put an end to theft and waste of public money.

“We consider that we represent the sincere people who took to streets (during protests), and we are keen that a new government should be formed including all political powers.” 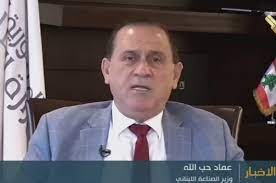