Iranian officials voiced mistrust over commitment of European states to nuclear deal following the withdrawal of the United States and pressure exerted by Washington against them.

According to the lawmaker, Araqchi further emphasized that the Iranian negotiators are doubtful that the European parties would remain in the deal without the US.

The Europeans do not want to enter a political and commercial war with the US, the MP quoted Araqchi as saying.

Meanwhile, a senior adviser to the Supreme Leader of the Islamic Revolution said he was highly skeptical about Europe’s support for the nuclear deal with Iran, adding that he does not trust their current manner of dealing with it.

“Some members of the European Union say they are committed [to the deal]. Some also say that they are developing economic relations [with Iran]. Meanwhile, some European officials have stated that they cannot offer guarantees in the face of US sanctions,” Ali Akbar Velayati said.

Velayati expressed his hope that the Iranian officials will be able to gain the necessary guarantees in the negotiations with Europeans.

He pointed to the French company ‘Total’ as an example of European paradoxical behavior, calling for achieving necessary guarantees in line with the guidelines of the Leader of the Islamic Revolution, Imam Sayyed Ali Khamenei. 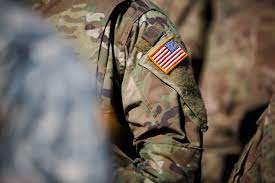 US Set to Keep 100,000 Troops in Europe, Increasing Tensions 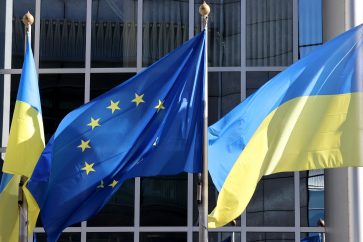 Ukraine’s Bid to Join EU Will Take at Least ‘15 to 20 Years’: French Minister