A man making “some references to Allah” stabbed and injured eight people in a shopping mall in the US state of Minnesota Saturday night, before being shot dead by an off-duty officer, police said.

The suspect “asked at least one person if they were Muslim before he assaulted them,” Blair Anderson, the police chief in the city of St. Cloud where the attack took place, told journalists.

But he emphasized that the assailant’s motivation remained unclear and said “whether that was a terrorist attack or not, I’m not willing to say that right now because we just don’t know.”

The attack came as 29 people were injured in a deliberate explosion in a busy New York neighborhood Saturday. Mayor Bill de Blasio said there was no known link to terror at this stage.

Anderson said the armed suspect entered the Crossroads Center mall in St. Cloud — a city of about 67,000 people some 70 miles (110 km) northwest of Minneapolis — and attacked at least eight people.

The lone suspect was wearing a private security uniform and had at least one knife, and “made some references to Allah,” the police chief said.

“That suspect was confronted by an off-duty police officer and summarily shot and killed,” he said.

Anderson said the eight people injured were taken to a hospital, where one is expected to remain.

The suspect had a history of minor traffic violations, Anderson said, adding that police do not currently have reason to believe the attack was connected to any other incident.

Democratic presidential candidate Hillary Clinton said she had been briefed about the Minnesota stabbing as well as Saturday’s explosions in New York and a pipe bomb blast hours earlier in a trash can in New Jersey in which no one was injured.

The St. Cloud mall was put on lockdown in the aftermath of the attack, with local media reporting that people were being allowed to leave late Saturday. The facility will remain closed as police continue their investigation. 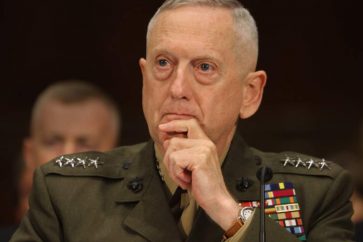 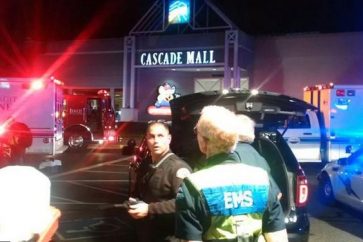 At Least 4 Dead in Shooting at Washington State Mall