King of Bahrain, Hamad bin Isa Al Khalifa, has sacked “a Bahraini official with the rank of minister, Sheikha May bint Mohammad Al Khalifa, due to her refusal to normalize relations between Bahrain and ‘Israel’, in a position she recently expressed. refusing to shake hands with the Israeli ambassador in Manama.”

Sheikha Mai, who has worked in the media and culture for over 20 years, reportedly refused to normalize relations with ‘Israel’, which she recently expressed by refusing to shake hands with the Israeli ambassador in Manama at a special funeral hosted by US Ambassador Stephen Bundy. at his home in the capital of Bahrain.

Reports indicated that while filming the funeral, a Bahraini official who comes from a ruling family refused to shake hands with the Israeli ambassador after learning his nationality, decided to leave the scene, and asked the US embassy not to release any messages. photo of her at the funeral.

Sheikha Mai refused to Judaize the old quarters in the capital of Bahrain and did not allow Jewish investors to build a Jewish quarter from Bab al-Bahrain to the synagogue in Manama.

The Sheikh Ibrahim Center, run by Sheikha Mai, also hosted the Jewish historian and thinker Ilan Pappe in November 2021 for a seminar in which he suggested that the desired future solution to the Palestinian question is the abolition of Zionist racist settlers’ colonization of Palestine in a cultural activity that has inflicted a blow to efforts to normalize relations with ‘Israel’.

Sheikha Mai stated via her social media account that “From the bottom of my heart, a thousand thanks for every message I received and only love protects and strengthens us” after the media began spreading the news of her abrupt dismissal without an explicit elimination of the reasons for the decision.

Palestinian resistance factions hailed the stance of Sheikha May, indicating that it reflects the noble position of the Bahraini people in support of Palestine in face of the Israeli enemy. 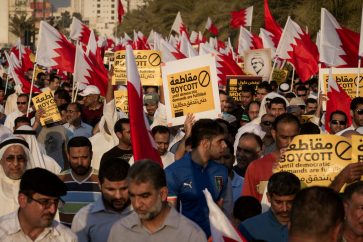 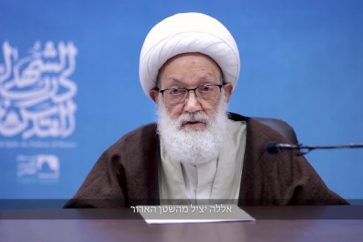